Another livestock industry legal theory shot down by the courts! 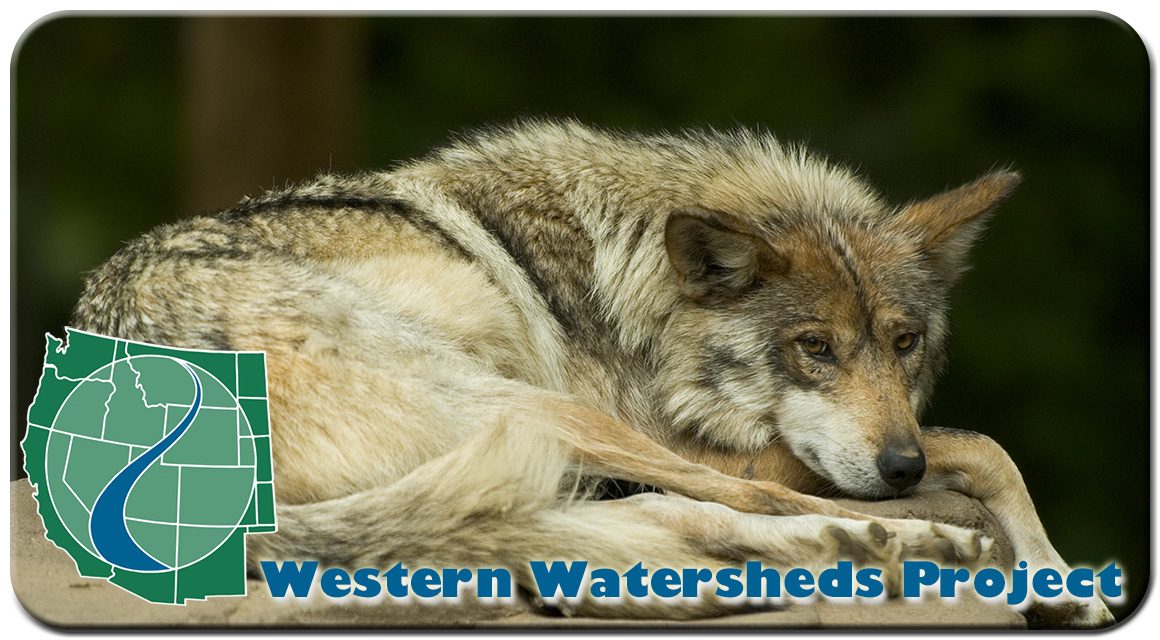 For almost four years, Western Watersheds Project has been advocating for justice for a Mexican gray wolf known as Mia Tuk, who was brutally killed in 2015 by a public lands livestock permittee in New Mexico. The rancher, Craig Thiessen, admitted to bludgeoning the trapped young wolf with a shovel and pleaded guilty to violating the Endangered Species Act in 2018. Later, evidence showed he was actually implicated in another wolf’s heinous death as well.

Western Watersheds Project pressured the U.S. Forest Service to hold Thiessen accountable for his violations of federal law, and the Gila National Forest cancelled his permit to the Canyon del Buey allotment. After several rounds of administrative appeals, the Forest Service upheld the cancellation and ordered Thiessen’s livestock off the allotment by August 2019.

However, Thiessen refused to remove his livestock, prompting more legal action by the Forest Service. Thiessen countersued in 2020 by claiming that he had legal rights to occupy and use federally managed public lands, which are the traditional homelands of the Apache and Pueblo people. Using the “Quiet Title Act,” Thiessen and his attorneys incorrectly asserted he was the legal “surface owner” for ranching purposes, and that he was unaware the federal government had reserved the Gila National Forest as publicly managed and owned lands in 1899. It’s a claim the Bundy crowd would be proud of, but it’s one that has little basis in legal reality.

Earlier this month the 10th Circuit Court of Appeals saw through Thiessen’s ridiculous claims, noting that the 12-year statute of limitations for challenging public ownership of the Canyon del Buey allotment had long passed (“at least decades – if not more than a century” ago). Thiessen knew, or should have known, that these were federally managed lands and he had no ownership of the allotment. The appellate court cited more than 70 pages of evidence, including grazing permits dating back to at least 1948, as well as notices to the previous Canyon del Buey permit holders (Thiessen’s “predecessors in interest”) dating from the 1970s.

The wheels of justice have been turning slowly for Mia Tuk, but we are glad to see that the federal courts in the 10th Circuit have held this rancher accountable for his despicable actions and have refused to indulge his ridiculous, anti-public lands theories.

(A parallel legal case against Thiessen by the Forest Service continues to wend its way through the court system. We’re tracking that one too, and we expect more news on it this summer.)