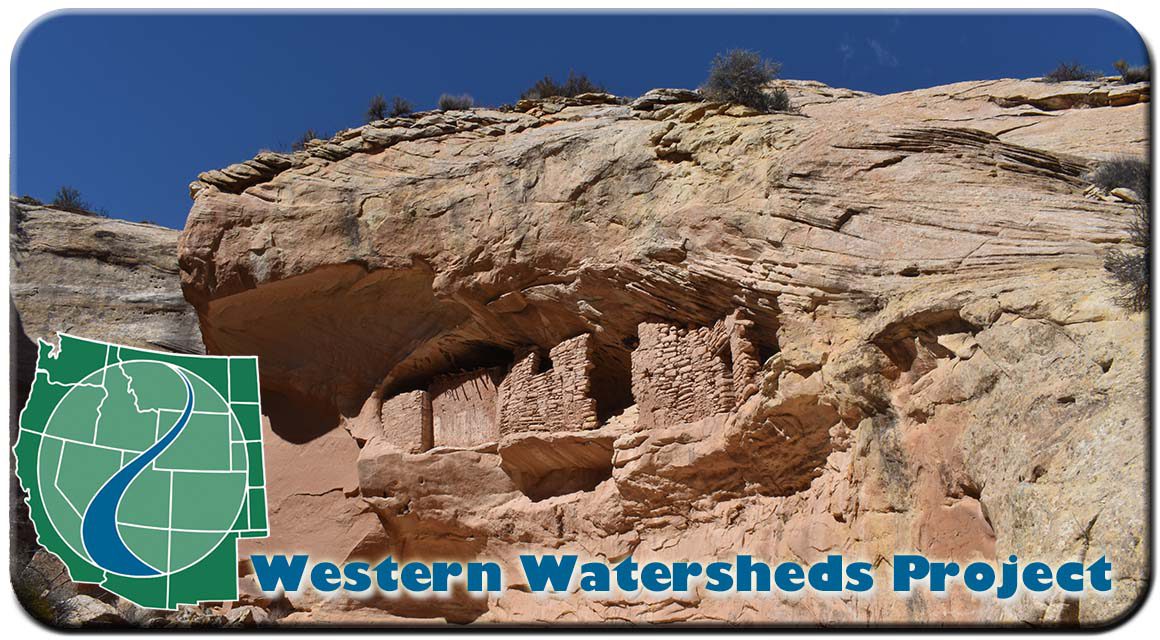 Today, Western Watersheds Project is heading to court once again to defend the newly restored Bears Ears and Grand Staircase-Escalante National Monuments. The State of Utah has filed a lawsuit seeking to strike down the Biden Administration’s restoration of both Monuments to their original acreages – about double the size that they were after Trump’s ill-fated reductions – and we have joined nine other conservation groups represented by Earthjustice to block the State of Utah’s lawsuit. Our motion to intervene comes in the wake of a similar intervention by tribal groups who likewise seek to defend these national treasures from state efforts to whittle them away.

Utah tried some of these exact same legal arguments and was rebuffed by the courts in 2004, represented by the Mountain States Legal Foundation’s William Perry Pendley (later the Bureau of Land Management Director under Trump). These arguments failed before, and we’re driving hard to make sure these National Monuments stand.

Under the Biden proclamation, Monument protections are stronger than ever before because they include provisions – spearheaded by WWP – to close to livestock grazing any allotment that is bought out to restore healthy lands and wildlife. It’s a victory worth fighting to preserve.

Several years ago, it was the lawsuits by WWP, the tribes, and others that led the Biden administration to make the full restoration of Bears Ears and Grand Staircase-Escalante one of its first conservation priorities. Today, the expanded Monuments are getting new management plans, and we are hard at work to make sure that these new plans have the strongest possible protections for lands, native ecosystems, and wildlife. In the meantime, we are also working to block the drilling of dozens of new livestock water wells, which local officials are pushing as a means to entrench domestic livestock operations on these fragile desert lands.

Today’s court intervention is part of our coordinated strategy to protect the delicate soil crusts, irreplaceable cliff dwellings, and fragile desert ecosystems of southern Utah from the ravages of domestic cattle. We’re proud to stand with the tribes and litigate on behalf of the federal government when they do the right thing for the environment, and protect native ecosystems and cherished landscapes from the machinations of anti-environmental state governments and industries.