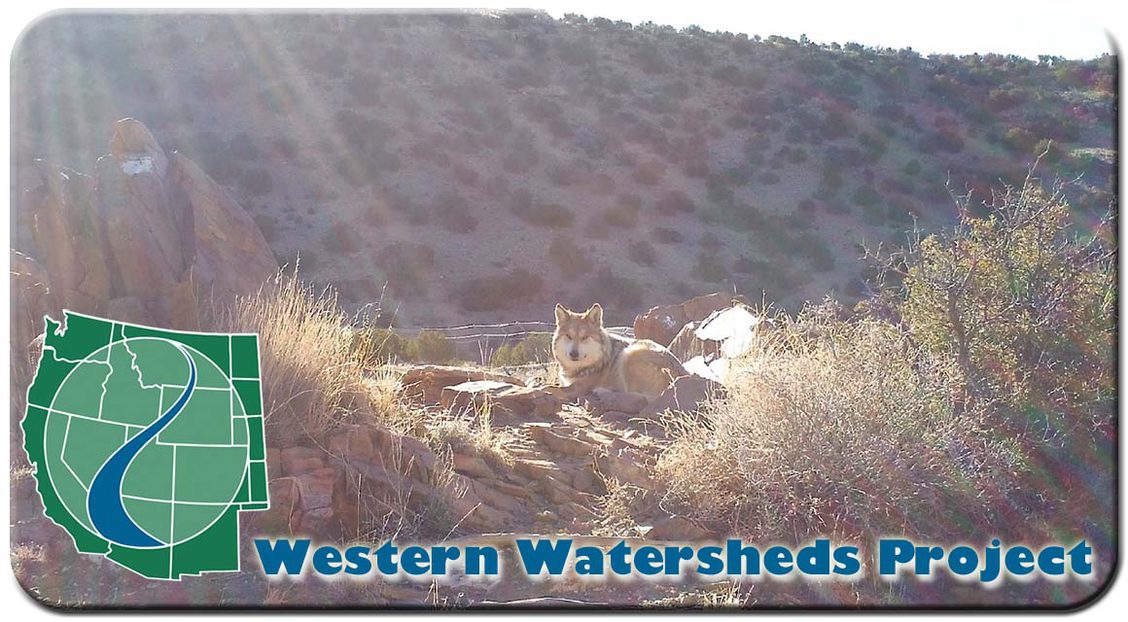 The livestock industry is the biggest threat to wolf recovery on the public lands of the lower 48 states, and this holds true for the Mexican gray wolf as well. A smaller subspecies of gray wolf (Canis lupus), the “lobo” (C.l. Bailey), was reintroduced in the U.S. southwest in 1998, and there are fewer than 200 wolves roaming the wilds of Arizona and New Mexico today.

Like everywhere else wolves roam, the livestock industry vilifies this native predator and blames “problem wolves” for the loss of cattle and sheep. In March 2019, Western Watersheds Project began our quest to determine the “problem allotments” by using Freedom of Information Act requests to get copies of the depredation investigation reports from USDA’s Wildlife Services and took a deep dive into the gory details.

We uncovered something bigger than we expected.

Our Arizona staff reviewed hundreds of the depredation investigations, and we started to wonder about some of the scant evidence used to blame lobos for some of these losses. Sometimes there was only a piece of a leg, and once there was only a bull in a tree, but nonetheless, the field agents would confirm the livestock were killed by wolves. It seemed suspicious.

We soon realized we weren’t the only ones having doubts about the truthfulness of the investigations, and the first article on this issue was published in the Arizona Daily Starin May 2020. But the sketchy investigations kept coming, and last summer, a journalist named Spencer Roberts got interested in the story and took a very close look at the issue.

The outcome of that investigation was published today in The Intercept. It exposes not only the inconsistent and unscientific aspects of Wildlife Services’ reports, but the fact that no one high up in the agency seemed interested in verifying the reports or reforming the program. Even Senator Heinrich can’t get answers about why the agency isn’t doing a better job and evaluating livestock kills and why lobos are confirmed to be culprits with such limited evidence.

After more than three years of systematically combing through the reports, we’re excited but sad to be able to share this story with you today. Our greatest hope is that these efforts will provoke major changes in the way livestock losses are investigated and that wolves are no longer unfairly vilified for livestock deaths. Ultimately, we want to halt any and all removals of wild wolves and advance true lobo recovery.

Thanks very much to The Intercept and Spencer Roberts for bringing this into the open!

P.S. The upcoming Healthy Public Lands Conference will have a panel on Coexistence with a presentation about this work, and Spencer Roberts will be on another panel about Regenerative Ranching. Check it out!